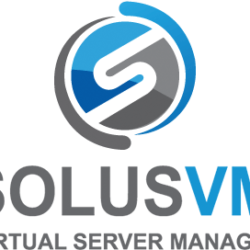 The difference between IPv6 and IPv4 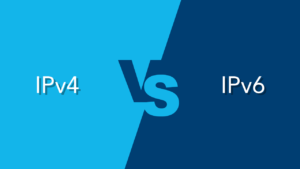 The IP is a number given to each person (device) that connects to the Internet.
It may be variable or fixed

What does the word IP mean?
internet protocol #

We do not use names or locations to contact people over the phone
We only use a person’s number regardless of their name or location
The computer then connects us to the desired person
Likewise in the online world
Every device connected to the Internet must have a number that distinguishes it from others
Every website and every page on the Internet should have a special number that distinguishes it from others
This unique number for each Internet connection and each website is called (IP Address).

It is the current version that we are currently using to connect to the Internet
It is called the fourth edition (not because it consists of four digits, as some might think, but because it is the fourth edition)
The fourth version of the IP (Internet Protocol Version 4), which is the version that the whole world is dealing with now, and it consists of 32 bits
It consists of four digits
Each of the four digits can take any of the numbers from 0 to 255
Note that there are reserved or prohibited numbers
By a simple calculation, we can know how many different numbers can be obtained
It is the result of the number (2S32).
Where (4,294,967,296) numbers can be distributed, i.e. approximately 4 billion and a third of a billion IPs around the world,
And this huge number at the beginning of the emergence of the Internet was very large

What is the sixth protocol, IPv6? #

IPv6 uses 128 bits in eight digits, which can accommodate imaginary numbers of addresses in order to avoid the problem of IPv4

Note that it consists of eight digits instead of four as in the IPv4 protocol
Also note that it contains numbers and letters, which are used in the hexadecimal numerical system instead of only decimal numbers, as is the case in the IPv4 protocol
If we can have a very large number of IP numbers, how many?
IPv6, through which you can distribute 6 trillion IPs around the world, or the equivalent (2 to the 128th power), which gives its result a number consisting of 39 digits. Which shows the huge number of IP that can be obtained
Which means that a unique IP can be given for every centimeter on the ground or the equivalent of 10,000 IPs for every meter on the ground – so can one meter contain 10,000 devices

The reason for this huge increase between the two versions is the new IP architecture that consists of 128 bits for IPv6 and consists of hexadecimal numbers instead of decimal places in IPv4.

END The difference between IPv6 and IPv4

Greetings from the Hyyat Host team #

All rights reserved to Hayat Host 2022